电子课本
精英家教网 > 初中英语 > 题目详情
阅读理解。
In England recently three foreign gentlemen came to a bus stop and waited. About five minutes later,
the bus they wanted came along. They were just going to get on when suddenly there was a loud noise
behind them. People rushed onto the bus and tried to push them out of the way. Someone shouted at
them. The bus conductor came rushing down the stairs to see what all the trouble was about. The three
foreigners seem all at sea and looked embarrassed (窘迫的). No one had told them about the British
custom (习惯) of lining up for a bus that the first person who arrives at the bus stop is the first person
to get on the bus.
Learning the language of a country isn't enough. If you want to have a pleasant visit, find out as
much as possible about the manners and customs of your host country. You will probably be surprised
just how different they can be from your own. A visitor to India would do well to remember that people
there consider it impolite to use the left hand for passing food at table. The left hand is supposed to be
used for washing yourself. Also in India, you might see a man shaking his head at another to show that
he doesn't agree. But in many parts of India a shake of the head means agreement. Nodding (点头) your
head when you are given a drink in Bulgaria will most probably leave you thirsty.
In that country, you shake your head to mean "yes"-a nod means "no". At a meal in countries on the
Arabic Peninsula, you will find that your glass is repeated refilled as soon as you drink up. If you think
that you have had enough, you should take the cup or glasses in your hand and give it a little shake from
side to side or place your hand over the top.
In Europe it is quite usual to cross your legs when you are sitting talking to someone even at an
important meeting. Doing this in Thailand, however, could bring about trouble. Also, you should try to
avoid (避免) touching the head of an adult (成人)-it's just not done in Thailand.
1. The British people tried to push the three gentlemen out of the way,
because the gentlemen _____.
[     ]
A. were foreigners
B. didn't have tickets
C. made a loud noise
D. didn't line up for the bus
2. According to the article, if you want to have a pleasant
journey in a foreign country, you should _____.
[     ]
A. learn the language of the country
B. understand the manners and customs of the country
C. have enough time and money
D. make friends with the people there
3. In India it is considered impolite _____.
[     ]
A. to use the right hand for passing food at table
B. to pass food with the left hand
C. to eat food with your hands
D. to help yourself at table
4. To cross one's legs at an important meeting in Europe is _____.
[     ]
A. a common (平常的) habit
B. an important manner
C. a serious (严重的) trouble
D. a bad manner
5. The best title (题目) for this article is _____.
[     ]
A. People's Everyday Life
B. Mind Your Manners
C. Shaking and Nodding Head
D. Taking a Bus in England
1-5  DBBAB

High in the mountains, and deep in the forest, lives a lake with many plants and animals in and around her. The plants and animals have enough food and clean water to keep them healthy. The wind carries pure air, and the rain comes down clear and clean.

But recently, Lucy Lake and her friends haven’t been feeling very well. All the plants and animals get together to talk about the problem. “Why are we sick?” “What can we do?” ask all of them. No one has any answers.

Just then two hikers appear. The animals tell them about their problems. “Can you help us?” they ask. “Yes,” one hiker says. “I think it’s because of acid rain.”

“Acid rain comes from chemicals(化学物质) in the air. The pollution comes from factories, cars and trucks.”

“So, although I don’t want to, I help the pollution travel through the air!” says the wind. “And I carry it to the land!” cries the rain.

“If you can help us think of some solutions(解决方法), we will send a message to tell people how to clean up our environment,” one hiker says.

With the help of the plants and animals, the two hikers make a list of ideas for saving Lucy Lake and her friends.

Time passes, and the forest and lake begin to feel a little better.

The next time the hikers climb up the mountains to Lucy Lake, they smile at what they find. “We’re glad things have started to change,” one hiker says. “And we’re glad you helped us make a difference,” says the other.

5.Which of the following is NOT true?

In the U.S.A. or Canada, on Sundays many people go out for a picnic. They often ask their good friends to go with them. They bring many things with them, like glasses, kites, knives, some nice food and some nice drink. Sometimes(有时), they take their pets with them. If(如果) it is very fine, they may have their food in a park(公园), in a countryside(乡村), or at the foot of(在……脚下) a hill. That’s great fun.

1.People in the U.S.A. don’t like to go out for a picnic on Sundays.

2. They often go for a picnic with their good friends.

4. In Canada, only kids have picnics.

5. People can’t eat in a park in Canada.

阅读理解。
In China, many young people like playing soccer. It's very popular. But the Chinese don't call it soccer. They call it football. Are they different?
In fact, there are two kinds of football games. One is American football, and the other is soccer. There are 11 players in a soccer team. And the soccer is round. Only the goal-keeper can play the ball with
hands. The others can't play the ball with hands, and they can only play it with their feet.
In the U.S.A., soccer is not very popular. They prefer playing American football to soccer. There are
also 11 players in an American football team. The ball is not round. It's oval. All the players can play the
ball with hands and feet. And the goal is bigger than the one of soccer games. American football is quite
different from soccer.
根据短文内容，回答下列问题。

阅读理解。
In south China we eat rice every day. Sometimes we eat it two or three times a day, for breakfast,
lunch and supper. We usually eat it with fish, meat and vegetable.
The Japanese eat rice, too. They also eat a lot of fish. They sometimes eat raw (生的) fi

阅读理解。
In 1998, World Cup Football Match held in France took up a new rule. Instead of the usual black
and white ball, a colorful ball was used in the game.  The new ball was made up of' 32 pieces of three
colors: red, blue and white.  Interesting enough, the French national flag happened to be in three colors,
too. Besides, 32 teams took part in the coming World Cup. But early football was made up of' eight
pieces of leather.  As time went by, more pieces of leather were used, from 12 pieces to 18 to 26 and
then t0 32 now.
About three million such new footballs were made, And then some players were playing the new ball
in their training.  The makers have warned the goalkeeper that the new ball flies in a direct line at a fast
speed.
After trying the ball for some time, a footballer said that the ball was quite different from  the traditional (传统的)  black and white one, and that the goalkeeper would find it harder to catch them. Another
footballer said that there would be more goals. "For the player on the ground, the new ball is easier to
control as it flies. A good player can shoot in more goals," he said.
1.What was the new rule in 1998 WCFM?

2.  What is the color of the national flag of France?

3.  Was the early football made up of eight pieces of' leather?

4. How many teams joined the World Cup Football Match when the new rule was used?

5.  It's hard for the goalkeeper to catch the new ball because
查看答案和解析>> 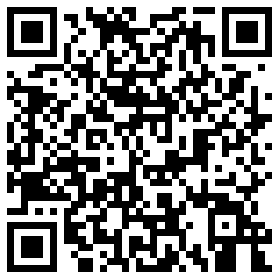